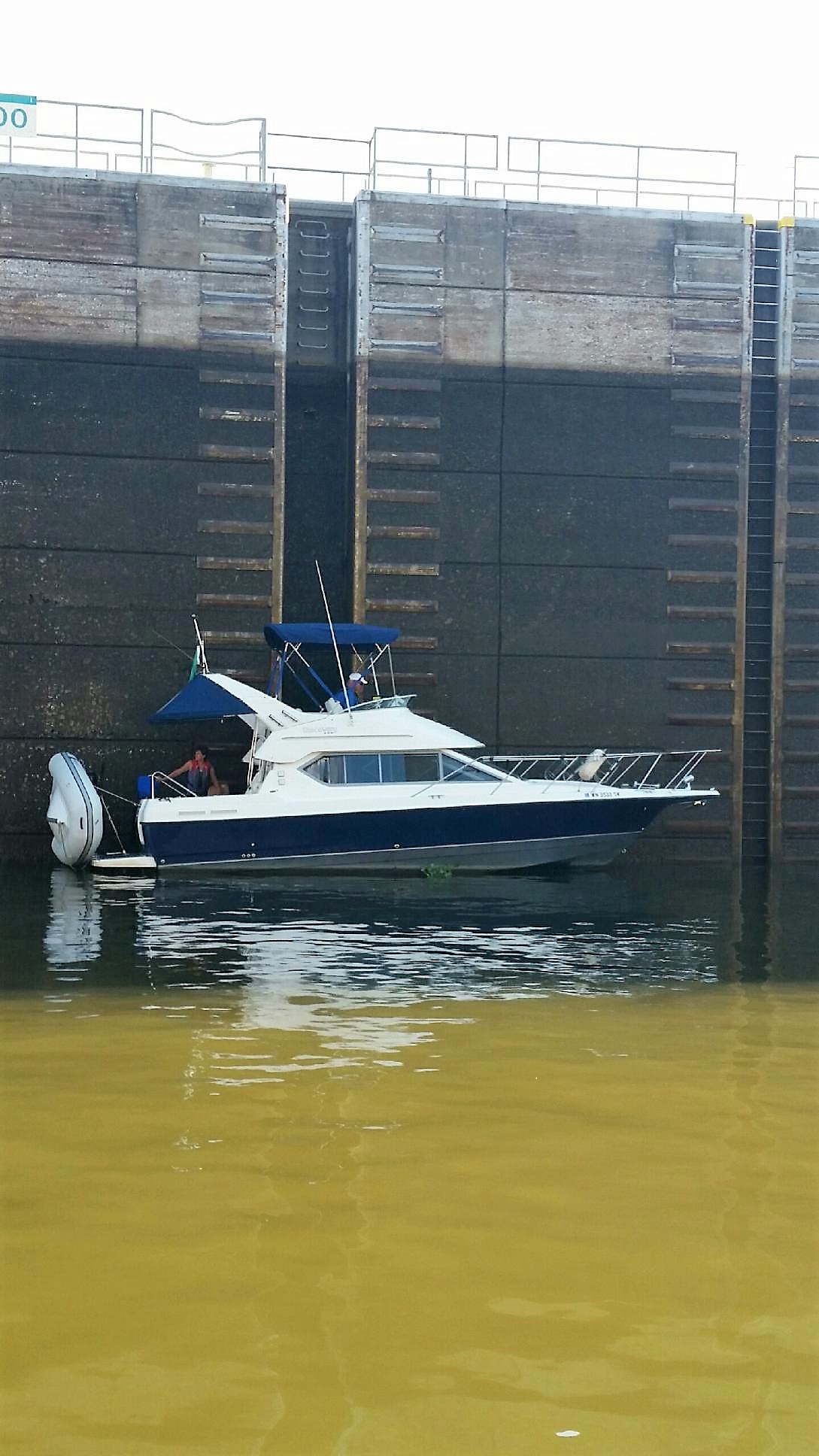 SURPRISE….we haven’t sunk! There’s been a bit of delay in these postings because we hit a section of poor internet coverage compounded by a combination of email trouble and abject laziness. Hopefully we’re back an track and will catch up. Forgive the verb tenses…to lazy to fix.

OK, so there’s not a lot to write about today so just some brief narrative here and some photos. We spent another day on the dock in Columbus. You can do that when there’s no real schedule and although we have a plane ticket home from Mobile on the 19th, we’re only about 350 miles away so no big deal. We rented a car with this hot Enterprise deal of $10/day with 100 miles free/day so we had chance to tour around and get to stores for provisioning. B REFUSES to cross Wal Mart’s threshold so it’s up to N to get fully briefed and then enter the “death star” and get out with all the great stuff we need!

…but I digress. N had a chance to play golf again today

while B took a long walk along the river with Z. Columbus is a nice town with lots of walks and things to see.

In the afternoon we went together to the Waverly Mansion which is a historic plantation home built in the 1850’s and basically appears today as it did back then.

Its grounds include the oldest Magnolia (State Flower) tree in the State of Mississippi.

The most amazing thing is the house has only ever been owned by two families and stood totally abandoned for 50 years from 1910 until 1962 while family #1 argued about who was going to get what. Believe it or not over that entire 50 year stretch nothing was vandalized. Gold framed mirrors, windows, marble mantles and fine wood details were left untouched despite the house being a hangout for frat initiations and affaires d’amore over the years. Can you imagine that happening today? The place would have been stripped in days. The current owners maintain it was a ghost that protected the house.

Way back in the 19th century the plantation included over 50,000 acres and had over 1,000 residents (I think the term resident is a euphemism as I’m not sure all were free to come and go as they chose if you know what I mean).

It’s still a private home occupied by the second family to own it and family members give tours of and tell stories. The daughter of the current owner and resident took us on a bit of a tour and we could have listened to her tell stories for hours. She had a terrific honeyed southern accent and had all sorts of tales to tell.

We still had time in the day and decided to take a quick dinghy tour of the backwaters outside the marina.

We’d successfully grounded the big boat (not really, but close) and the dinghy was feeling a bit left out. Anyway, this time we did pretty much get into SUPER shallow waters. Let’s just say we could see bottom and these river waters are not particularly clear!

We finished the day holding our noses as we dropped our ballots in the mail (at least one of us did anyway!). Tomorrow we’re off downriver with plans to clear at least two locks and hopefully three before anchoring out for our first time. Not sure what our connectivity is going to be so we may be off-line for a while! ….how prescient was that comment of what is now a few days ago!?